While I did have some extra time off this week, thanks random holiday thrown into the middle of the week, I really felt like I didn’t game as much as I could have. I guess I always feel like that though, where I wish I could have gamed a little more or finished something a little quicker, but that’s just me. Anyway I did get my fill of trophies this week and here’s what I was able to get.

So when it comes to this game I’m pretty proud of this because I never got this far before. There were a lot of things holding me back from completing this game on the PS3, but this experience has been the exact opposite. I’m extremely happy with my progress on this game and will continue to play hoping that I can actually get the platinum for this game. 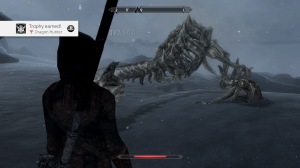 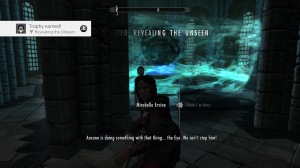 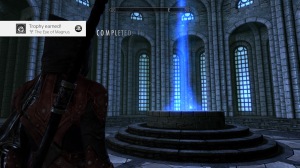 I ran into a little problem with this game this week as when I started it up it said that the game and my saved data was corrupted. Just as I was about to smash my PS Vita into little tiny pieces out of rage, I did the sensible thing and restarted the game. Luckily everything that was supposed to be there was still there and I was able to continue to play. If anything this gave me a little more motive to work harder on this game and finish it up.

At least I was able to download the latest episode and then actually play it the same week. As always, you won’t be able to see what I thought about it until I post my full review of the full episode in the next couple of weeks. I’ll give you a little hint though and let you know that I wasn’t all that happy with it.

That was it for this week. I know it wasn’t like the weeks before, but it was something and it was pretty decent. Now for the upcoming week, I’m going to try and hold off starting something new because it’s the end of the month and it’ll really mess up my completion rating but also because I want to try and finish Letter Quest Remastered before the month is up as well as Skyrim. I know it’s kind of reaching with Skyrim, but you never know. I’ll let you know how things turned out next week.