When I got my chance to meet Nolan North, he was super nice about signing my poster and we chatted about Uncharted for a little. I did mention that I was a little displeased with the fact that Uncharted 4 was seriously lacking some Chloe. He did point out that she is getting her own DLC, but I said it would have been nice to have more than a note from her in Uncharted 4. He then comically said again how she was getting her own DLC!

After that I got a quick chance to ask about my guilty pleasure TV show Pretty Little Liars. Anyone who watches the show knows that he plays Spencer’s dad. I of course had to ask him who “AD” was even though I knew I wasn’t going to get an answer. It’s just one of those things that I had to ask. I gave him my theory that Spencer was “AD” and he said he had never heard that one before, but if I was right I would get a shout out. After joking about what a man whore his character was on the show it was time for a selfie and time to move on. 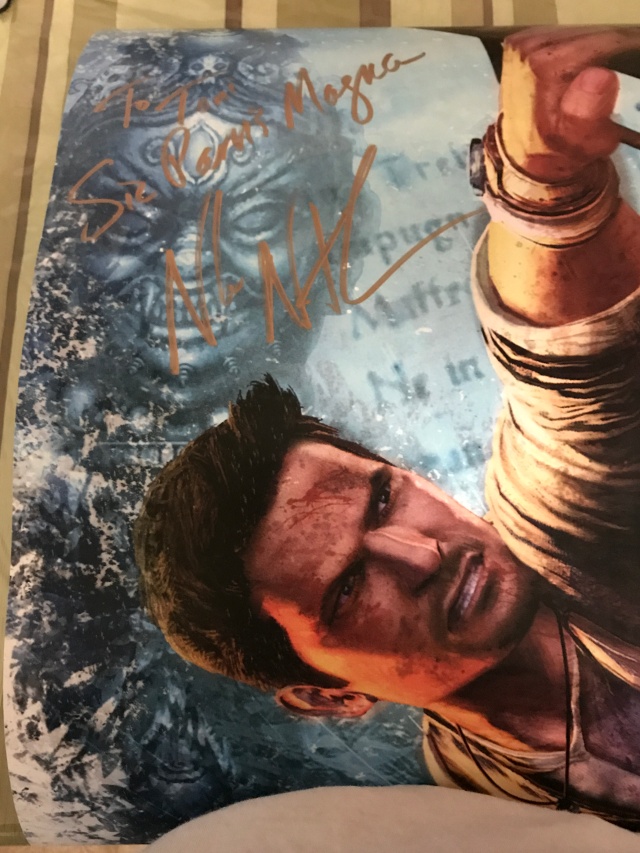