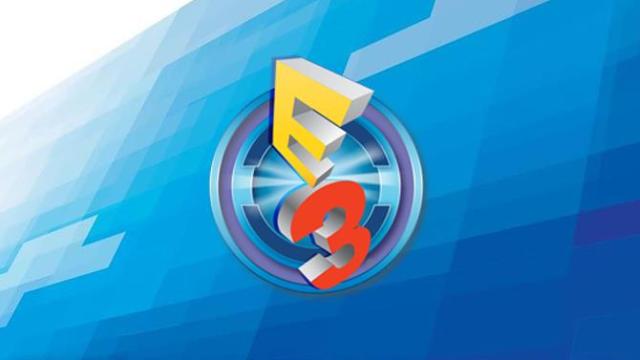 Out of all the press conferences that E3 has to offer, I have to say that I always look forward to the Sony one. It’s my absolute favorite because they show games that I know if I’m interested in I can buy. This is also the last conference that I watch and then just watch various different gaming news feeds to see if I missed anything good. Anyway, on with the Sony conference.

Things started off with a new look at Uncharted: The Lost Legacy. I have to say that this DLC/Expansion, I have no idea what you want to call it, looks amazing and it does make up for the fact that Uncharted 4 was sorely missing Chloe. Unfortunately, this couldn’t be enjoyed all that much because it is a Sony Conference and it wouldn’t be a Sony Conference without a few hiccups and there was basically no sound for the first three previews. Next up though, another glimpse at some more DLC. This time for Horizon Zero Dawn. Aloy’s story continues as she ventures into a new frozen area with new characters to meet and new metal demons to take down. This will be one of those $19.99 DLC’s called The Frozen Wilds and it’ll be available some time before the new year.

Next up was some new Day’s Gone footage and actual gameplay. While I feel like zombie games are a little overdone at this point, this one looks new and different. The zombies aren’t your typical zombies and this game involves a lot of tactics instead of just running into a horde and killing as many zombies as possible. The only thing is there is no release date. Up next was a game that I was surprised to see because compared to the three power houses before it, it looked cheaply made and kept cutting back and forth between different scenes. This game shows you some gameplay action, but not a lot making me think that it doesn’t really operate all that smoothly. This was Monster Hunter World. After that I kind of felt the show went downhill with the showing of Shadow of the Colossus, which is a complete remake, and Marvel Vs. Capcom Infinite.

Because of the deal that Call of Duty has with PlayStation there was the obligatory Call of Duty stuff with the next edition into the franchise which is WWII. I gave up on this franchise a long time ago because I just can’t keep up so while this one looks cool, I’ll be skipping it because I can’t give it the time it needs to actually play. After that was just a handful of different games that you can only play on PlayStation VR. Even though some of the games looked good like The Inpatient, others were just ugh. They even re-did The Elder Scrolls V: Skyrim for VR now and I’m basically over it. How many times are they going to re-do this game before giving us the next addition into The Elder Scrolls franchise? Anyway, some of the crazy VR games were Star Child, some Final Fantasy Fishing Game, Bravo Team, and the creepiest game of all where it makes you look like a weirdo following a mouse around Moss.

With the VR stuff finally done, it was time to get into some God of War because people have been waiting for this. I love that this isn’t just a new edition into this already well established franchise, but a reboot of the franchise. You can see Kratos in a new light, even though he remembers his past which is shown in this trailer/gameplay feature, he is trying to raise his son as best as he can. It looks like it’s going to be amazing and it comes out in early 2018. Up next a game that I’ve been waiting for since it was first debuted. It’s Detroit: Become Human. There was new gameplay footage, the reveal of a new character, who just happens to be a Grey’s Anatomy star, and a new mission. Everything looks great and it looks like this game is ready to go, but there’s no release date and there won’t be until David Cage says so. Then there was another game that is being overly hyped which is Destiny 2. This game could be the best game ever, but after being duped into playing the first Destiny, I will not be doing the same with this game. I really don’t believe the game has changed all that much to make it into a decent game, but that remains to be seen. I just won’t be buying it. The show then closes with Spiderman. Seriously? That was it? I thought I was watching the Sony Conference. I know that people are super hyped for this game and all, but I could really care less about another Spiderman game. There was a bunch of actual gameplay showed off and it looks decent at the moment, but I’m just not into it.

Overall Sony had a really weak show. There was nothing really concrete to show off and they focused way too much on VR. I’m not buying into the whole VR thing where I feel like I’m going to have to be dropping Dramamine every couple of hours just to play a video game. While a lot of games are coming out this year, I felt like we will be seeing a lot of these games again next year with probably no release date. What’s the point then? I want to see games that are going to be coming out sometime in the near future so that I can play them. This isn’t just for Sony, but for a lot of the conferences. I know they’re supposed to showcase games that are coming out, but I don’t feel like they should make multiple appearances at E3. When a game makes multiple appearances at E3 because it isn’t done yet, it makes me feel like it’s that company reminding you about this game because clearly with everything else that has come out you’ve forgotten about it so it turns into a show of “don’t forget, we still have this game coming out!”