This was one of those weeks where I feel like I played a lot of games, but really got nothing out of it. It happens from time to time depending on where you are in a game and what you’re doing. It’s not like a trophy pops every so many minutes or hours just because. Anyway, like I said this was one of those weeks, but I did manage to scrounge up some trophies and here they are.

I purchased this game on sale recently because I noticed someone on my friends list frequently playing this game. You know who you are. And I figured if he was playing it this much, then it must be a fun game so I decided to give it a try. Turns out to be a pretty cool game once you get the hang of it. I was able to get a couple of trophies, but I don’t really have a saved city yet because I keep starting fresh. Apparently I have a budgeting problem that I need to fix before I can run a successful city. Anyway, I’m having fun learning the mechanics of this game. 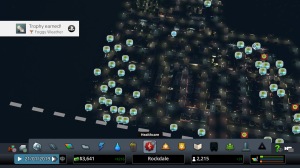 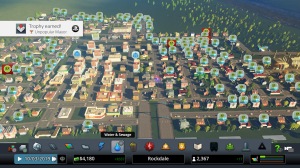 Oh Doom. I really love this game because it has a story, but it’s a sketchy one at best and it’s really about shooting demons so I can just sit back and relax my mind as I play. I also hate this game because it turns out that I’m not that great at it. Surprise. And I die a million times. This is just a simple fact of playing I guess, but I’m still having fun and that’s all that counts. 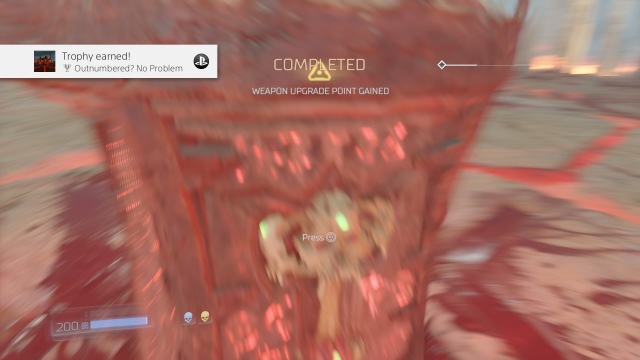 This week I decided to start a new household because my other household was becoming way too hectic. There were like four adults and two toddlers and things were just crazy. I started off with a new two family house before adopting one child and going from there. I was able to get a lot more accomplished this way even though this game is still super glitchy.

If you watched my last stream of Wolfenstein, then you know that I kind of rage quit at the end of it. Not my greatest moment as I completely got frustrated after a cut scene that just ended with me dying time and time again that I just cut the stream. This doesn’t happen too often and I’m finding this game much more frustrating than Wolfenstein: The New Order. Yes the plot is good for this game and I’m enjoying it, I’m just not enjoying the just about impossible situations that you’re being put in and it’s just like here survive with no health. Also, not to spoil anything but I did get a trophy for taking some revenge and it just didn’t feel all that satisfying as it was interrupted by a weird cut scene.

A total of 10 trophies to start off my new year. Not that great, but considering my last few weeks not that bad either. I’m hoping to up this number soon so that I can hopefully meet my year end goals. Anyway, for the upcoming week I plan on playing my streaming games which are Doom, Assassin’s Creed Origins and Wolfenstein II: The New Colossus. I’ll also be playing some more of Cities: Skylines and I really want to try and get that last episode of Life is Strange: Before the Storm in. I’ll let you know how things work out next week.