This was an interesting week, but then again, aren’t they all? Anyway, I was able to accomplish one of my goals, which was to complete King Oddball, but I’m still working on Detroit: Become Human because playing through this game again is really taking a long time. Mostly because of my work schedule and partly because I’m trying to play a bunch of other games with it. Anyway, onto my trophies for the week.

So I kind of called it last week when I said that this game would be released the night of the Bethesda conference and I was right. Since then I’ve been playing this game like crazy, and I didn’t really think that I would spend so much time playing, but I’m having a good time playing so at least that’s a good thing.

This was one of my goals this week and I’m just glad I was able to accomplish it. I won’t say much about this game right now so you’ll have to wait until Wednesday to see my full review of the game.

I played this game on Sunday and that was basically the last time I played this game. It’s not from lack of not wanting to play it because I do and I love the story that it’s telling, it’s just from the lack of time. I will try to find some more time this week to play as my schedule should return to something of a normal schedule for me. 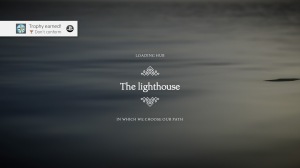 And there you have it, a total of 10 trophies for this week. Not as impressive as the past few weeks, but at least it’s something. My plan for this week is to continue to work on Detroit: Become Human because I really want that platinum trophy now, try to get in some playtime with Unravel Two, and continue to play Fallout Shelter. I don’t think I’ll play anything new, but you never know and I’ll let you know how things turn out next week.