If you’ve been reading this blog then you should have seen this coming. This week is basically more of the same trophy wise since I’ve been concentrating on Fallout 4 since release, but I did switch it up a little and play the last episode of Game of Thrones since it was released on Tuesday. Not my greatest showing of trophies this week, but it wasn’t my worst either.

I can’t tell you enough how much I’m seriously loving this game. Every chance I get, it’s all I really want to play and it doesn’t matter if I do miscellaneous quests, side quests, or main quests, I’m just having a really great time playing. I even spend a lot of my time in the different settlement’s making improvements, planting crops, and just hanging out and crafting stuff. As I said last week, there are some minor bugs and glitches that I’ve encountered, but so far there isn’t anything that has ruined my gaming experience. 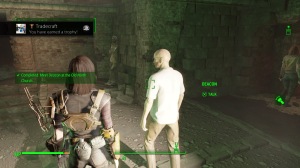 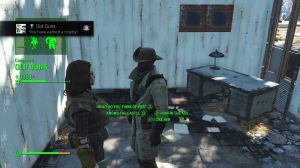 11 months and 2 weeks. That’s how long I’ve been playing the game, not because I wanted to, but because of the crazy release schedule that came along with this game. I finally have the platinum for this game and I’ll have my full review of the final episode up on Wednesday. 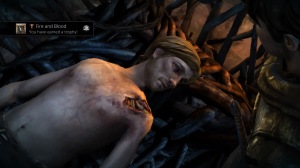 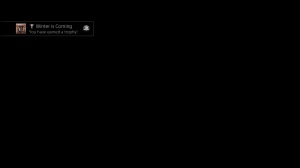 And that’s every trophy that I was able to get this week. This upcoming week is basically going to be more of the same. I’m not going to make any promises, but I might try to finish up my Uncharted: Drake’s Fortune crushing playthrough this week. It’s the last trophy I need for the platinum and my deadline for making my 50 platinum goal by the end of the year is coming up so it might motivate me to take a day away from Fallout 4. I’ll let you know if I was able to play anything else next week.