While there weren’t nearly as many trophies as I was able to get last week, I think I still did a decent job of trophy collecting this week. Taking the blame for my lack of trophies though surprisingly isn’t the whole being an adult thing this time. No, this time Dragon Age: Inquisition is to blame with the release of a new DLC that has me playing the game all over again. Anyway, here’s how I did this week.

There was only one Fallout 3 trophy this week as I made my way across the Wasteland trying to discover 100 different locations along with trying to pick up side quests that I know I missed. This upcoming week will probably be the same though as I avoid the game ending last quest since I’m pretty sure that I’m not going to be purchasing any DLC for the game.

I was able to get one solitary trophy for this game this week and I’m thinking that’s probably going to be it for a while. Although I’ll play every now and again, trying to get those A++ runs have been a total pain in the ass. I’m having an especially hard time with the Bagel Races because it seems that no matter how I beat my so-called “best score” my rating never goes up.

That Trespasser DLC just completely blew me away. It was probably the best piece of DLC that I’ve played since the Tiny Tina DLC for Borderlands 2. I mean seriously, especially that ending! Oh that ending! Because of the DLC I started a new playthough, mostly to see the whole game through again, but also because I wanted to start tackling some of the trials.

I accomplished what I wanted to with this game this week, I was able to go back and collect the remaining trophies for the treasures, weapons, and other special requirements. The only two trophies I have left are for playing the game on Hard and then Crushing difficulty. While I’m not looking forward to these two trophies, I’ll be starting my Hard playthrough sometime this week hoping that I’ll be able to get through it.

Oh how this game is extremely frustrating. I think I finished the game? I’m not sure, I teleported a Star Seed home but nothing really happened; I guess I have to do all of them. I’m not really sure and at this point and I really don’t care. This game has been more frustrating with its wonky controls then I Am Bread. It seemed somewhere in the middle of the game my right arm completely died and just hung at my side not letting me use it for climbing so I’ve been climbing solely with my left arm which causes a lot of falling and a lot of dying. At this point I’m wishing I voted for a different game.

That’s it for this week. In this upcoming week I’m going to start my Uncharted: Drake’s Fortune hard playthrough hoping that I can actually beat it on hard, continue playing Dragon Age: Inquisition, use some spare time to try to clean up some Grow Home and I Am Bread trophies, continue on my quest in Fallout 3, and maybe start a new game. Starting a new game probably isn’t wise at the moment, but sometimes it can’t be helped as I get that itch of wanting to experience a new game. I’ll let you know how things go next week.

Wow, so what a week. Surprisingly I was super busy this week being an adult and all, but I still managed to get 53 trophies. This was a pretty amazing week trophy wise since I can’t even remember the last time I was able to get this many trophies. If I continue on this way I might be able to top my greatest month of trophies which was a couple of years back when I got over 200 in a month. I’m trying not to get ahead of myself though, so here’s how my week went.

If I thought last week was a big jump trophy wise, this week definitely tops it. Unlike what I thought, the chain of main story missions didn’t stop and I almost completed the final mission but stopped myself. Going back, I completed a lot of side quests that I had hanging there and this week I’ll probably do the same thing. I don’t really want to finish the game since I don’t feel like it’s done yet. I know I still have a bunch of side quests that I just have to go and find and that’s what I’m going to do.

I got a couple of things out of this game this week, a couple of new videos on my YouTube channel, frustrating times, controller breaking times, and a whole bunch of different trophies. While I continue to clean up some trophies that I missed here and there and try to get some impossible ones, I did finish the game and I have to say that I loved the epilogue. If you’re a fan of Surgeon Simulator the epilogue will make a ton of sense to you. 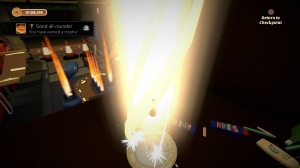 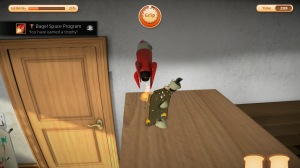 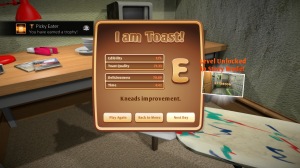 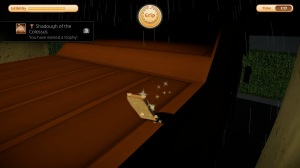 I finally got a chance to start this game for the third time on the PS3. I played this game when it first came out and then again a couple of years back before there were trophies for it. Going back and playing again was super fun and I was able to complete my Normal playthrough this week. Before I start my hard playthrough I’ll be going back to get the 16 treasures that I missed and clean up some of the weapon trophies. I’m hoping for the platinum in this game by the end of the month.

Yes I voted for this game, knowing that it was made by Ubisoft, so I figured I might as well play it. I’m not really enjoying it as much as I should though. I don’t know if it’s me or the game, but I’m going to keep playing and see how things go. 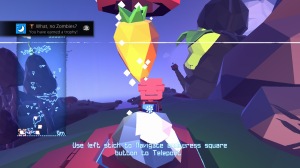 That was it for this week. A huge week of trophies that I’m not sure will be replicated this upcoming week. I’m going to say that this will be mostly because of the new Dragon Age: Inquisition DLC. I am excitedly looking forward to Tuesday for the final DLC for this game because I have so many questions that will hopefully be answered and depending on how the DLC goes I might even start a new playthrough. While I decide if I’m going to start a new playthrough on Dragon Age: Inquisition, I’ll also being playing a little I Am Bread here and there, a little Grow Home, a little Uncharted as I try to clean up the trophies that have nothing to do with the difficulty trophies, and as always I’ll be wandering around the Wasteland in Fallout 3.

As I said last week, I had to be an adult this week so I wasn’t really expecting all that much trophy wise. I was pleasantly surprised especially since I was able to get a platinum trophy this week as well as advance in Fallout 3 and start a new game. Sometimes being an adult isn’t all that bad. This is how my week went.

This was probably the biggest jump I had in Fallout 3’s percent in a long time. I got to this point where after I finished one side quest I went onto a main quest and they just chained together. I’m still at a point where the main quests are chaining together like that, but I think that after a few more I can go back to some side quests which probably means the trophy’s will slow down, but at this point I’m all about worrying about the trophies for this game later.

I did it! This week I did it! This platinum trophy was extremely hard earned since the last few trophies took a hell of a lot of grinding, but at least I can say that it’s done and I have an extra platinum to add to my list. The fact that the platinum is also ultra rare doesn’t hurt all that much either. I’ll be writing my full review of the game soon and should have it up within the next couple of weeks.

I was so excited when this was announced for the PS4 especially since I was a huge fan of Surgeon Simulator. Although frustrating at times, I’m having a fun time playing even if it’s one of those games that you really can’t play all that long. It’s nice to take a break from things and play a few levels before going back to doing something else. 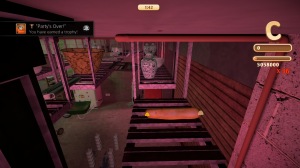 That was it for this week. It wasn’t great, but at least it was something. This week being an adult comes first again so I’m going to try and find as much time to game as possible while still getting some sleep here and there. My plan for this week is to continue with Fallout 3 and I Am Bread. I was going to start a new PS4 game but I think I’ll hold off now since the newest and maybe last (I’m not sure if it’s been confirmed that it’s the last DLC) Dragon Age: Inquisition DLC has been announced. I know I didn’t really care for the last one, but I’m super pumped about this one. When it comes out I want to be able to devote all my time to it without a new game hanging over my head. I will most likely start a new PS3 game though since I’ve been wanting to play Uncharted: Drake’s Fortune again, and hopefully I can get some PS Vita time in as well.