To be honest with you, this trophy is a complete pain to get and requires both a lot of luck and a lot of skill. Up until the recent patch it was pot luck if this trophy actually popped and before the patch I should have had this trophy months ago. With the latest patch this trophy and a bunch of other ones will finally work, so why not go for this Ultra Rare trophy?

Rollers of the Realm – Tower Climb Wizard
Get a score of 150 in the Tower Climb Arena – Bronze
TIP: In order to get this trophy you have to complete the Tower Climb Arena in 150 seconds or less. What you want to do is make sure that both the Old Crone and the Hunter have all available power up’s purchased since these are the only two characters that you need for this section of the Arena. Use the Old Crone and her abilities to quickly take down all of the bad guys on the first floor and then use the Hunter for the middle and top floor. Check out the video below to see how I got the trophy.

Have anything additional to add to my tip? Let me know in the comments section below and I’ll add it in and give you credit. Need help with a specific trophy? I’m always looking for my next weeks tip so throw out some suggestions in the comments section. If I have the trophy I’ll post a tip on how to get it.

While I’m continuing to play The Elder Scrolls Online every once in a while, I kind of got tired waiting to log in all the time and decided to start a not so new game this week for those times when I don’t feel like waiting to log in, which in most cases I really don’t feel like waiting around to play a game so I just don’t play. The start of a new game usually means a bunch of trophies, so this week was ok when it came to trophies. It wasn’t great, but here’s how my week played out.

I was able to get one random trophy this week along with a story mission trophy. While I’m progressing in the game it just seems like it’s taking a really long time and I always get side tracked when I enter a new area, probably because there are a bunch of side missions that I always get stuck doing. Anyway, I’m still enjoying my time doing random stuff, but I just haven’t been playing all that much. 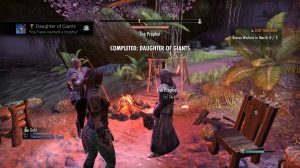 I finished up my hard playthrough this week and I’m currently working on my nightmare playthrough before I start the survival and challenge modes. Even though this is the third time I’m playing this game, I’m really enjoying it and I look forward to finishing it so that I can start Sparkle Unleashed on the PS4.

I started playing this game again this week because I recently seen that a patch downloaded for this game. Hoping that this patch cleared up some of the trophy issues that I was having, I was glad to see that after a few frustrating rounds of arena I was able to get a trophy that I should have gotten a long time ago. Since this game and it’s trophies are now functioning properly I’ll continue to play and hopefully be able to get the 100%. 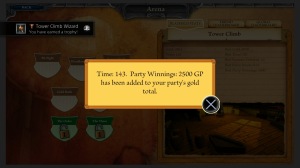 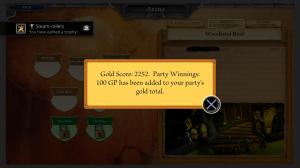 I started this because it was sitting on my PS4 taking up space, plus I needed something new to play while I played The Elder Scrolls Online. Sometimes it’s just like that where you can’t strictly play just one game. Besides, I always like getting back into Borderlands and in this game I really enjoy playing as Athena because let’s face it, her shield is just badass. 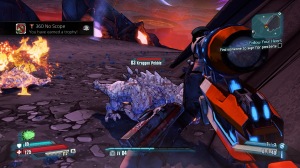 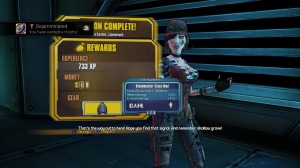 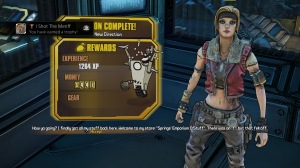 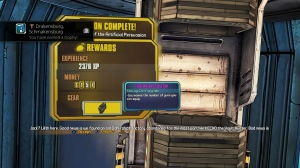 So for this upcoming week I will continue to make my way through Borderlands: The Pre-Sequel. I’m not really sure if I’ll be getting the platinum for this game since I don’t even have the platinum for this on the PS3, but you never know. I’ll also be continuing my journey through The Elder Scrolls Online while playing Sparkle 2 and Rollers of the Realm in between.

While trophies aren’t the be all and end all of games for me, they’re still pretty important. Trophies become especially important if you have to complete some kind of impossible feat or an almost impossible and annoying grind for them. Then there are those moments when you’re sitting in front of your TV waiting for a trophy to pop after you completed the requirements to get said trophy and then…nothing happens. Nothing at all. No trophy pop, no instant screen shot if you have a PS4, nothing.

Trophies not popping when they should is one of my gaming pet peeves. Sometimes you just work so hard to get a trophy and then to get nothing in the end is just frustrating and annoying. After this happens there are usually four different stages that I go through.

• Stage 1 – Confusion: This is the moment when I start raking my brain to see if maybe I did something wrong or I didn’t do something that I was supposed to. I’ll go over the steps in my head over and over again making sure I did exactly what I was supposed to in order to get said trophy.

• Stage 2 – Hope: This is when I stare at the upper left or right corner of my TV screen depending on what system I’m using hoping that the trophy is just taking a little long to process and then pop. This takes roughly around 2-3 minutes before I go into my next stage.

• Stage 3 – Sadness: This is the moment that I stare at my TV screen and pout a little bit. At this point I know that I did everything I had to in order to get said trophy but it just didn’t pop when it should have. It makes me sad thinking to myself that I probably haven’t saved my game in a while or seen the autosave pop up in a while and now I’m going to have to start all over again if I want to get said trophy.

Trophies not popping when they should are like any other game bug/glitch that should be fixed with patches or updates but are usually the most ignored. I’ve recently experienced this while playing Rollers of the Realm and have since given up on the game completely. Twice I’ve completed goals that the game requires for trophies, not once but twice, yet I get nothing in return. No super ultra rare trophy that I worked my ass off for. Just nothing. Will this be fixed though? Probably not. The game has already been patched once so I doubt it will be patched again to fix a few trophy glitches. Atlus already got their money for the game, it didn’t really sell all that well seeing as I got it for cheap on sale, so why should they bother fixing it right? This has been going on for a while now and still nothing.

While this particular trophy glitch didn’t happen to me, I see a lot of Twitter complaints about how Dragon’s Bane for Dragon Age: Inquisition isn’t popping when it should. Taking down 10 dragons throughout Dragon Age: Inquisition is no easy feat so I feel the pain of those who are experiencing trophy glitches for this one. The only response that is given when it comes to this trophy is to save before killing the last dragon and if it doesn’t pop just try again. Seriously? That is not a fix.

Final verdict? Trophies not popping when they should are just like any other bug/glitch that should be fixed just like everything else that gets fixed in games. Too many developers ignore these things siding that trophies aren’t all that important, but if they weren’t important or they weren’t meant to show that you, the gamer, accomplished something in said game then there wouldn’t even be trophies to begin with. Don’t make me work for something that doesn’t even function right and then ignore the fact that your game isn’t properly working.