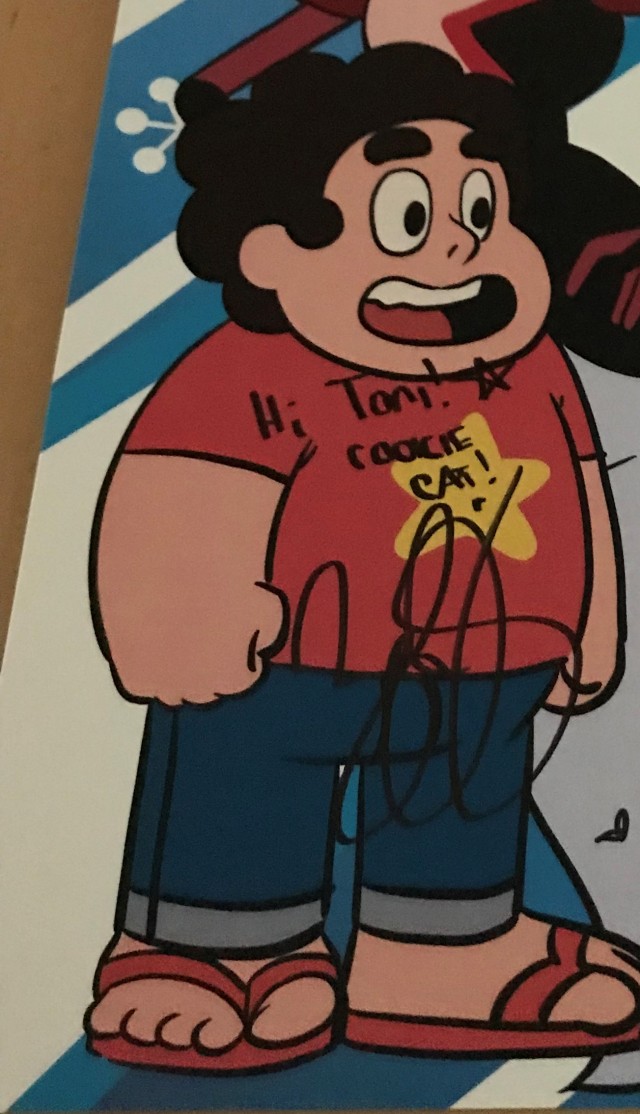 My second autograph of the day came after a couple of panels and it was to complete my Steven Universe print. The only autograph I was missing was from the star himself, Zach Callison.

I have to say the one thing about MegaCon is that it’s really hard at times to track down voice actors because they like to walk around the convention and don’t really bring the crowds that other actors do so it’s kind of a hit and miss. When I was finally able to catch Zach at his table I got my autograph.

When meeting Zach he apologized for the wait, which wasn’t a problem and asked how the convention was going for me. We had a pleasant conversation before I got my final autograph and was on my way.

The last blog that I posted about MegaCon a few weeks ago I have to admit I was feeling a little disappointed because the guest list just wasn’t what it was for last year. I mean we’re basically three and a half months out and the guest list was looking kind of thin. While that didn’t change overnight. There were a few more additions this past week that did actually make me a little more excited about going, hoping that these people actually show up. At the moment I would say that I am cautiously excited. Anyway, onto the announcements.

First up was basically the entire cast to a very popular cartoon series. So I have this thing where I have to sleep with the TV on because of reasons and I of course watch Adult Swim. What else is there to watch at that time anyway? On occasion I have seen this show on when I get up in the morning and have been known from time to time to stay in bed just a little longer to catch some of the episode. This made me kind of excited that the whole Steven Universe cast would be making a special rare appearance at MegaCon.

That’s right Zach Callison, DeeDee Magno, Estelle, and Michaela Dietz will all be appearing at MegaCon this year. So yeah, even though this was kind of another small announcement as far announcements go, I’m still pretty excited about it. I think the part that was most exciting was that Estelle was going to be there because I am a fan of her music. If I’ll go and meet the cast and have something signed and pictures taken will be decided later on when the full guest list is announced. If anything I might just limit it to Estelle.

After that announcement came a surprising next day announcement which kind of made me think that maybe FanExpo were listening to MegaCon fans who as the majority seems on Facebook and Twitter weren’t really that pleased considering that Dallas is getting a pretty huge show and we’re kind of getting the left overs. This next announcement through blew all of that out of the water as a teaser showed Once Upon a Time’s star Jennifer Morrison as the next guest to be announced.

This was really exciting for me because in a previous blog I had mentioned how it would be nice to see some of the Once Upon a Time stars that were no longer on the series and now we have one. Not only was Jennifer Morrison an amazing Emma on Once Upon a Time, but she was also the not mother on How I Met Your Mother, and Dr. Alison Cameron on House. She’s also been in a bunch of other shows and so on and I’m pretty hyped. Cautiously hyped though. Anyway this will definitely be an autograph and photo-op for me. I already have my Once Upon a Time poster purchased and ready to go now I just need my T-shirt. I have found a SwanQueen shirt, of course I ship SwanQueen, but I have a friend who makes stuff and will probably see if I can get her to make one for me.

After that last announcement I thought the announcements would be done for at least a week or two, but I was completely wrong as the next day there was another major guest announcement. Now for me, the first time I seen this actor was in The Fly, but a lot of you will know him from his other hugely popular roles in Jurassic Park and Independence Day, it’s Jeff Goldblum.

I was also super excited about this announcement, once again cautiously so though, because it’s Jeff Goldblum. The man is an icon and has done a ton more than just these three movies. He’s had a career that has spanned decades and I look forward to meeting him and getting a table 8×10 signed along with a photo-op. The only problem I have with the photo-op is that I don’t know what kind of shirt to go towards. Should I go Jurassic Park…Independence Day…or something different? Suggestions are welcomed in the comments section. 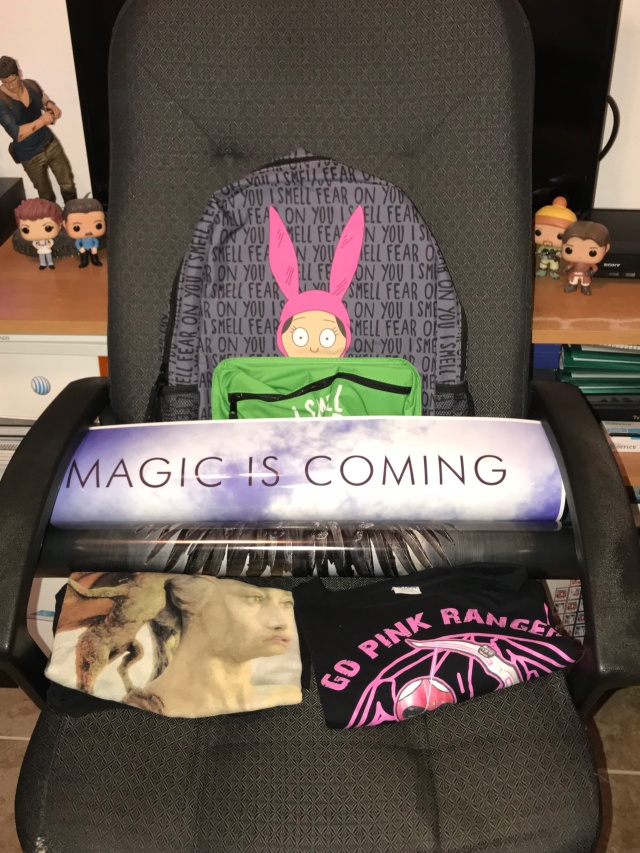 That’s it for now, but rest assured that when more guest announcement’s come I will try to keep up with them as much as possible and keep you up to date. If you’re going to MegaCon make sure to drop me a line in the comments section below and let me know if you’re excited to meet any of the guests announced so far.